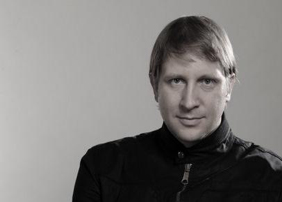 Choreographer, ballet director in 2009 to 2014 in GreatTheater – Poznan. He graduated from the State Ballet School and the Fryderyk Chopin University of Music in Warsaw – in pedagogy. In 1987–1991 he was a dancer in the Teatr Wielki in Warsaw. At that time he made his debut as a choreographer, creating Negotiations set to music by Alessandro Marcello. The piece was awarded the first prize for choreography and the prize for interpretation at the 2nd National Chorography Competition in Łódź. Negotiations were also presented in the Teatr Wielki in Warsaw and at the 6th Warsaw Ballet Days.

In 1991 he left Poland. At that time he collaborated with groups from Germany and Israel. For many years he worked with one of the best contemporary dance groups, Kibbutz Contemporary Dance Company (Israel). Choreographers including Mats Ek, Ohad Naharin, Jiři Kyliàn, Emanuel Gat and Rami Beer created choreographies for the group. In 1994–2001 he danced with KCDC at the most prestigious contemporary dance festivals, visiting over 50 countries all over the world, including the USA, Canada, Brazil, Argentina, Chile, Mexico, Singapore, Taiwan and Japan. Many times he danced in Europe (including Poland, invited by the Łódź International Ballet Festival).

In 1997 he performed with Batscheva Dance Company in the performance Kyr (choreography by Ohad Naharin) at Yair Shapiro Dance Price. Over the years abroad, he developed his choreographic skills, creating: Verlorenheit and Orient Express presented at Dance Extensions 2002 in Limassol, Cyprus. At the same time he collaborated with Lambros Lambrou Dance Company, taking part in a choreographic project of the group in Europe.

Together with the Polish Dance Theatre and the National Opera Ballet, he presented his choreographies at numerous dance festivals, including Bolzanodanza in Italy, Rencontres Choreographique de Cartage in Tunisia, Moscow Dance Festival in Russia, Drugije Tancy in Ukraine, European Dance Festival in Cyprus, Kassel Tanz Festival in Germany. Since 2008 he has produced performances with the groups from the Czech Republic and Spain.

The co-author of a promoting and educational cycle Teren Tańca – Reinterpretacje organized together with the Adam Mickiewicz University in Poznań. Since 2010 he has been the curator of the Poznań Ballet Spring taking place in the Grand Theatre.

He received three scholarships from the Ministry of Culture and National Heritage.