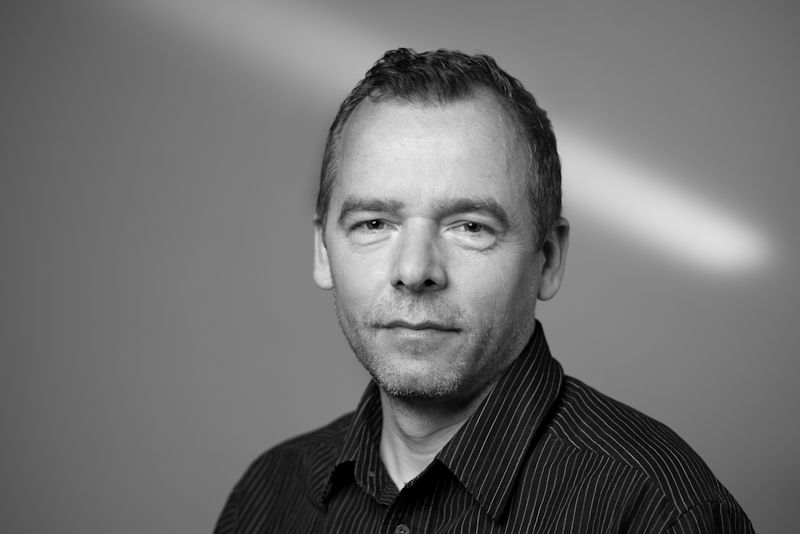 Son of actress Adéla Gáborová studied first Slovak language and Music at the Pedagogical fakulty in Nitra, then continued to study drama direction at DAMU in Prague. Since then he worked in many Slovak, Czech and Moravian theatres having directed more than sixty performances.

During years 1992–1995 he worked as a director in the theatre in Martin, where he prepared among other performances Schnitzler´s Merry-go-Round (1991), Smoček´s Marvelous afternoon of Dr.Zvonek Burke (1992); Anouilh´drama Ornifle (1993); Closely observed trans (1994) by Hrabal and Krobot; Berger´s Four amanitas and Veber´s The Night of Birds (1995). Since 1993 he has regularly cooperated with the National Moravian-Silesian Theatre Ostrava (Dance at the end of Summer, Years of Jackal, Cabaret, Ballad for a Bandit, Fedora).

During years 1995-1997 Mr Gábor worked in the City Theatre Kladno (Georges Dandin or the Confounded Husband, The Sorrows of Young Werther, Magic fishbone, The Moods of Marianne) a in years1997-2004 was an artictic director in the Moravian Theatre in Olomouc (Time of the Wolf, Much Ado About Nothing, Faust I. and II., The King Amuses Himself, Return my past years, The Two Gentlemen Of Verona and others).

Mr Gábor received a Prize of Czech theatre for direction in 2002 for his productions of Faust I and II, which he directed in Moravian theatre in Olomouc. He was also successful at working in the Theâtre Molière in Paris. He is a member of Slovak chamber theatre in Martin, appears as a guest regularly in City theatres of Prague, but it was possible to watch his works also in the Theatre of Cheb, (Storm), in the South Bohemian Theatre in České Budějovice (Full Monty!), in the Theatre Fidlovačka in Prague (A Ballad for a Bandit) or in the Theatre in Řeznická (Evil Mother).

His characteristic manner of directing leads to a creation of a stage picture with dominant poetic value. His production of William Shakespeare´s The Comedy of Errors, performed within the Summer Shakespeare Festival 2008 in Prague and also his opera debut - Fedora in the National Moravian-Silesian Theatre had an exceptional success.