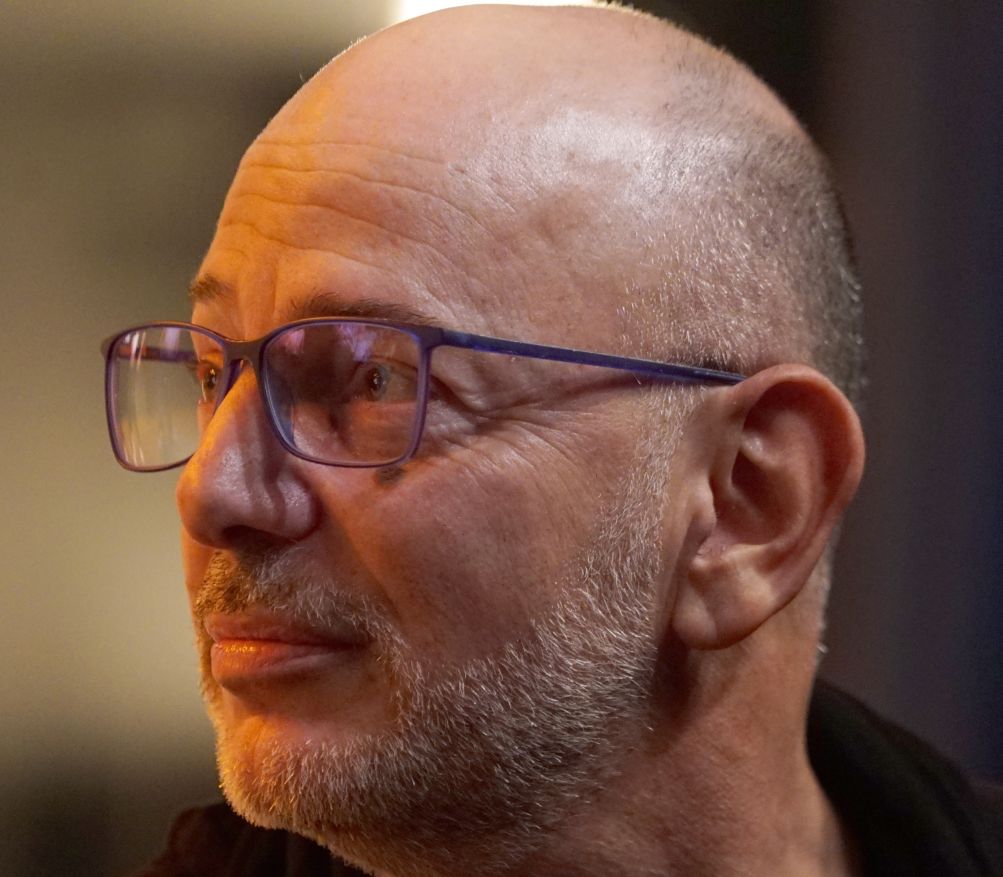 Born in Israel, Itzik Galili danced in Bat-Dor Dance Company, Batsheva II, and in Batsheva Dance Company, where he started choreographing. Robert Cohan, artistic advisor for the Batsheva Dance Company and artistic director of The London Contemporary Dance Company, encouraged him to attend the Gulbenkian International Course for Professional Composers and Choreographers in the UK. In 1990, Old Cartoon won the originality prize at the Gvanim Choreographic Competition. In 1991, Galili moved to The Netherlands, and formed his own project-based company in Amsterdam. His controversial piece The Butterfly Effect won the Public Prize at the International Competition for Choreographers in Groningen and became his breakthrough piece that earned him international recognition.
In 1997, the ministry of culture appointed him as Artistic Director of a newly founded dance company in Groningen:
NND/Galili Dancewhich, under Galili’s direction for more than 11 years, made a name for itself, putting not only the city but also the region of Groningen, Drenthe and Friesland on the dance map. In 1998 and 2001, Galili directed the Groningen International Competition for Choreographers.
In 2009, Galili returned to Amsterdam as the co-founder and artistic director of a contemporary dance company, representative for the city of Amsterdam, Dansgroep Amsterdam.
Since 2011, Galili is a guest choreographer on the international dance scene.
The work
Weaving dreams and reality, past and present, Galili invites the audience to reflect about what remains hidden blind reality. He combines expressive movements with powerful or poetic images, often created by his own lighting designs, and transforms his experience and perception of the world into a performance that is universal and human.
His constant and intensive research into the interaction of movements with texts, projected or spoken - as in the solo piece Little Tiny Bite - makes him a very unique choreographer on the international scene. Galili’s movement vocabulary is very energetic, sometimes even acrobatic. But he is not only interested in the physical possibilities of the dancers. With very subtle, meaningful gestures, he is able to communicate an expression or a chase in relationship between people. He combines fear and power, loneliness and comfort, cruelty and tenderness, seriousness and humour, struggle and happiness, emotions and abstraction – not as contradictions, but as possibilities.
He challenges the dancers to go beyond their borders by acting, using their voices, using their bodies as percussion instruments, playing instruments they have never played before, and by questioning them on what they think about thein own possibilities as dancers and as human beings, pushing them to be creative individuals and independent thinkers.
Furthermore, Galili is keen to nurture upcoming choreographic talent.