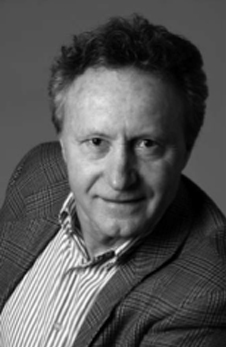 Youri Vámos was born in Budapest, where he studied dance at the State Ballet School. After his first engagement as a soloist of the Hungarian State Opera he got a contract as the First Soloist at the Bayerische Staatsoper Munchen (Bavaria State Opera in Munich). Since that time, he has spent nearly the whole professional career in the German-speaking parts of Europe. After ending his career as a solo dancer, he worked as a ballet director in the theatres in Dortmund, Bonn and Basel. Wherever he performed he fascinated his audience with revised versions of classical works the plots of which he imaginatively reworked for new stories. Thus, “The Sleeping Beauty” became “Anastasia – the last daughter of theTzar Romanov”, and Tchaikovsky’s “Nutcracker” tells the story of “Miser” by Charles Dickens as the story of “new-born miser”.

Youri Vamos is one of the very few leading European choreographers who wish to preserve the classical full-length ballets. His works distinguish themselves by inventiveness, as well as outstanding sense of drama and great musicality. Over a period of hundred years classical ballets were not able to express psychological and personal diff erences of their characters. This fact has become the main motivation for Youri Vamos to create such a large number of revised versions of the classical acts. Despite all his innovations, the Hungarian choreographer remains faithful to the classical heritage of the genre as the foundation to his art. His artistic creed of presenting traditional subjects in keeping with the times is the obvious reason for his lasting success at the Deutsche Opera am Rhein. The book Tanzgeschichte des 20. Jahrhunderts in einem Band (The History of the Twentieth-Century Dance in one Volume) descibes Youri Vamos as “the supposedly best choreographic story-teller of the present.” In 2001 Youri Vamos became the Honorary Professor at the Dance-Academy in Budapest. In 2007 he was awarded with the Order of Merit of the federal republic of the North Rhine-Westphalia.