He was born 22 November 1949 in Košice. In years 1964 - 1968 he studied at the secondary school and then he continued his studies at the State Conservatory in Bratislava, from which he graduated in 1974. In his 5th and 6th year of the conservatory, Kosec sang in the Slovak Philharmonic Choir in Bratislava. For a year he was a soloist of the Nova Scena Theatre in Bratislava. Then, in 1975 he became a soloist in the State Opera Banská Bystrica, in 1983 in Olomouc, and since 1985 he has been a soloist of the NMST in Ostrava. 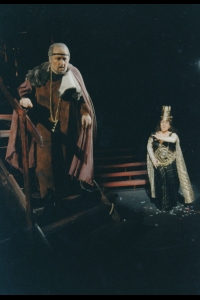