THE LORD IN WHITE OR NO HAUNTS LEFT FOR GHOSTS - Veřejná generální zkouška Oct 26, 2021

Musical comedy in two acts from 1929

Informace
Libretto by Jan Löwenbach (J. L. Budín) (1880–1972)
in the adaptation of Max Brod (1884–1968) from 1930
based on The Canterville Ghost by Oscar Wilde (1854–1900) from 1887
Musical preparation David Švec
Stage director Ondřej Havelka
Křička’s opera shows how much popular is the short story The Canterville Ghost by Oscar Wild in which he concerns with the lifestyle of modern Americans and the vanishing habits of a "happy English home". Such home is represented by an ancient castle which is bought by an American ambassador, including a ghost living in it. The setting of the opera was changed (into Czechoslovakia after the First World War), the authors also added a topical issue of that time: the land registries and the system how they worked. There is also a love affair between Gorge, count of Satalice Castle, and ambassador’s daughter Elinor involved in the plot. In the opera, Křička used components of the so-called Zeitoper (entertaining dance music in the 1920s, jazz, revue style, film projection); however, the result seems more like an operetta in which folk songs and waltz rhythms are significant as well.
The opera’s opening night was conducted by Antonín Balatka and held on 27 November, 1929, in Brno. The NDM introduces a remake intended for German theatres that was staged in Wrocław in November 1931 for the first time and which included a text adaptation of Max Brod, a German writer from Prague who contributed to the international promotion of the work of Franz Kafka, Jaroslav Hašek, and Leoš Janáček. It was in 1932 when the Ostrava audience saw this version of the opera in Jaroslav Vogel’s musical preparation for the first time.
Performed in the Czech original with English subtitles
Premieres on 28 and 30 October 2021 at the Antonín Dvořák Theatre 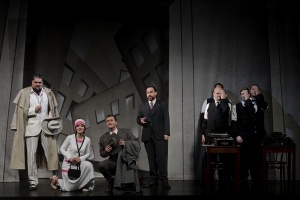 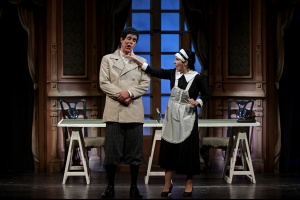 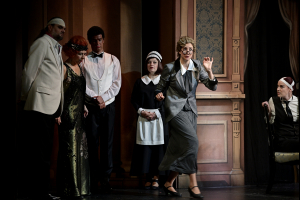 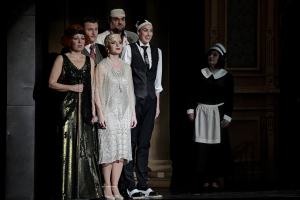 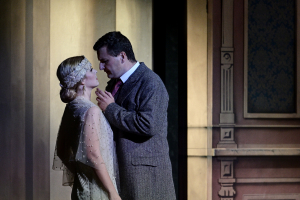 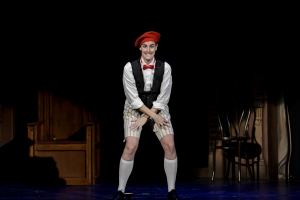 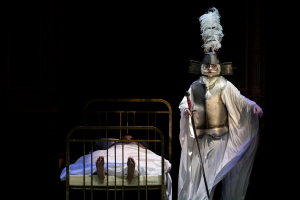 Tadeáš Hoza (The Ghost of count Kazimír of Satalice)
Photo by: Martin Popelář 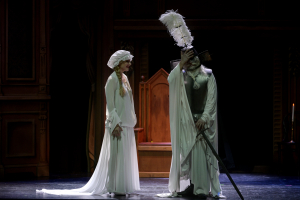