Igor Vejsada. Czech dancer and choreographer. After the studies at the Ballet conservatory in home city Brno he has studied as a intern at the Ballet academy of Bolshoi Theatre in Moscow (1975-1976).

20 years of dancer-career (succesfully participating at home and international competitions) he started at National Theatre of Brno, where he studied many soloist roles.(eg. Mercutio, Romeo and Juliet, Miraculous Mandarin, The Firebird, Shaman – Le Sacre du Printemps, Puck – A Midsummer Night's Dream, Clown in the Swan Lake and the Cinderella).

After that he got a 2 years contract at the Hungarian Györi Ballet choreographer and head of ballet company Ivan Markó. After returning home to Brno, he founded an ambulatory group New Ballet Brno, where he devoted also his time to contemporary dance, in 1992 he becane a member of the Kibbutz Contemporary Dance Company in Israel, where is he getting invited in present time as a teacher. 1994 he moved to the ballet company of the National Theatre in Mannheim, led at that time by choreographer Phillip Talard, with whom he still cooperates. Mrhe within the ballet of Brno, where he realised contemporary authorial works.

Vejsada appeared as a guests almost in all European countries, he worked also overseas. He participated in festivals in the USA, Australia, China or Japan. In Hungary and in Israel he received interpretation, choreographic and even managerial skills. He managed to widen his dance scope and obtained many important contacts, which he brought to Ostrava together with his creative potential, which is evident at the dramaturgical change of the ballet company which he leads. Mr Vejsada often cooperates at choreographic works and participates in organising art happenings connected not only with the art of dance, but also with scenic and
visual arts.

Choreographies: Dances of Rudolph II., The Beatles, Time of Dance (White Dreams, The Doors), Coppélia, Eva, Requiem – A. Dvořák, Dispute or Touches and Connections, Romeo and Juliet, Snowwhite and Seven Dwarfs, Miracle in Silence and others).
Opera and musical choreographies: Prince Igor, Cavalleria rusticana, The Elixir of Love, La Traviata, Jenufa, Dimitrij, The Greek Passion, The Hunchback of Notre-Dame and others.

Important is also his teacher and choreographical cooperation with wheelchair bound – clients of the Musical School in Ostrava – Mariánské Hory. 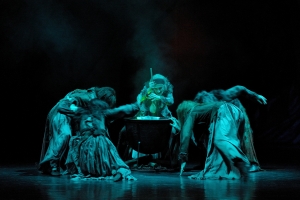 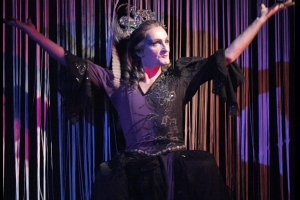