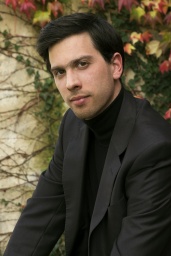 Conductor Marek Šedivý is Musical Director of Opera of National Moravian-Silesian Theatre Ostrava and a principal guest conductor of the Prague Radio Symphony Orchestra. Between 2016–2018, Marek Šedivý was a chief conductor of the Silesian Theatre in Opava where he conducted Pietro Mascagni’s Cavalleria rusticana (2016), Antonín Dvořák’s Rusalka (2017), Giuseppe Verdi’s Falstaff (2017), and Leoš Janáček’s The Cunning Little Vixen (2018). Also, he collaborated with the State Opera (Verdi: Macbeth), with the JK Tyl Theatre in Pilsen (Khachaturian: Spartacus, Verdi: Macbeth), and with the National Moravian-Silesian Theatre (Zdeněk Fibich: The Tempest and Giuseppe Verdi: A Masked Ball). Marek Šedivý performed at the festivals such as Prague Spring (2015 and 2018), Chopin Festival (2009), Young Prague (2011), Dvořák Prague International Music Festival (2012, 2020), Pardubice Music Spring (2016 and 2018), Mozartfest Würzburg (2016), and the Internationale Gluck Opern Festspiele Nürnberg (2014 and 2016). In September 2019, he made his debut with the Tonküstler Orchestra in Vienna where he performed Dvořák’s Requiem, and he toured with the Beethoven Academy Orchestra around China. In the 2012/2013 season – on the recommendation of Jiří Bělohlávek – Marek Šedivý became an assistant conductor in Wagner’s opera Tristan and Isolde at the Canadian Opera Company in Toronto. In January 2015, he recorded two piano concerts (Nos. 1 and 4) by Ludwig van Beethoven with the Chinese pianist Fang Yuan and the BBC Symphony Orchestra. Moreover, Marek Šedivý used to be the artistic director of the Ensemble Terrible HAMU which focuses on new compositions by young composers. He graduated from the Prague Conservatory and the Academy of Performing Arts in Prague in conducting. He was granted a scholarship from the Wagner Society – Bayreuther Festspiele in 2017.