Robert Jindra graduated from the Prague Conservatory in classical voice in 1999 and later in 2003 in conducting. In 2001 he arranged and conducted the world premiere of operas by contemporary composer Vladimír Wimmer Rytíř a smrt (The Knight and Death) and Jelizaweta Bam in the Prague State Opera. Since that time he has been working in the National Theatre in Prague where he has arranged a world premiere of Lacriame Alexandri Magni by Tomáš Hanzlík, Smetana’s The Two Widows, and Mozart’s Così fan tutte. He has also conducted a number of pieces from the Czech and world operatic repertoire (Smetana’s The Secret, Janáček’s Katya Kabanova, Mozart’s Don Giovanni and Le nozze di Figaro, Bizet’s Carmen, Verdi’s Falstaff, etc.).
In years 2006-2009 Jindra took the opportunity in Deutsche Oper am Rhein (Düsseldorf/Duisburg) to stage Wagner’s Ring of the Nibelung, Strauss‘ Elektra, Dvořák’s Rusalka, and Janáček’s Jenufa, Katya Kabanova, The Makropulos Case, The Cunning Little Vixen, and From the House of the Dead. In 2010 he was a guest to the Norwegian National Opera and Ballet in Oslo where he successfully conducted Strauss’ Ariadne auf Naxos.

In March 2010 he was the Music Director of the Opera Company of the National Moravian-Silesian Theatre in Ostrava where he has produced Massenet’s Werther, Janáček’s Jenufa, The Makropulos Case, and Katya Kabanova, Verdi’s Falstaff and La traviata, Hindemith’s Cardilac, Puccini’s La boheme, Dvořák’s Armida, Catalani’s La Wally, Wagner’s Lohengrin, or Smetana’s The Devil’s Wall.

He has arranged the gala concert of Adam Plachetka, Eva Urbanová, special concert called Verdi GALA, gala concert of Olga Romanko and Gustav Porta, or prestigious concert on the occasion of the Year of Czech Music 2014 called Czech Opera Gala. In February 2012 he was a guest to the State Theatre in Košice, where he arranged the production of Janáček’s Jenufa.

In 2012 he conducted the gala concert of Feruccio Furlanetto with the orchestra of the NMST’s opera at the Janáček May International Festival and a year later, in cooperation with the festival and Janáček Philharmonic Orchestra, he organized a special concert WAGNER GALA with the participation of soloists Maida Hundeling and Tomasz Konieczny.

In 2014 he conducted the gala concert of Adam Plachetka with the Bohuslav Martinů Philharmonic Orchestra in Zlín at the Prague Spring International Music Festival.

Jindra was appointed as Music Director of the Opera of the National Theatre Prague in 2013 since when he has arranged a new production of Janáček’s The Cunning Little Vixen, renewed premieres of Jenufa, Smetana’s Libuše, special concerts on the occasion of Mozart’s birthday with soloists Jana Kurucová and Adam Plachetka, and Czech Opera Gala. 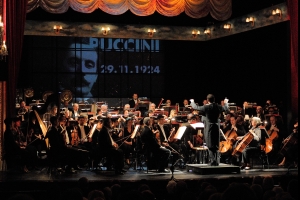 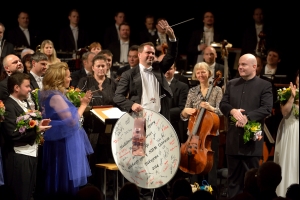 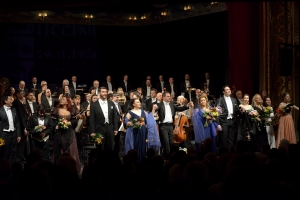 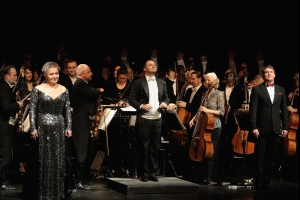