The dance beyond the limits of dreams

Informace
Útěk obra / Humpback Runner
Jiří Pokorný, the choreographer of the dance playHumpback Runner, is one of the most successful Czech dancers and in the recent years also one of the most successful choreographers coming from “the Kylian's hatchery”. He spent a long time in Nederlands Dans Theater, for several years he had been dancing in the dance company Kidd Pivot of the Canadian choreographer Crystal Pite and in the recent years, he has been more intensively dedicated to his own work.
Jiří has found the inspiration for his choreography Humpback Runner in the work of Hieronymus Bosch, a famous painter of the middle ages, whose fanciful vision of the hell and paradise has influenced spiritually oriented works for centuries.  Pokorný uses the visual inspiration as the opportunity to perform fanciful situations evoking critical moments of human destinies and their metamorphoses.
The Humpback Runner (in the Czech language Útěk Obra) is the name of the dance play, which was created in 2016 for the junior company Nederlands Dans Theater 2, created by Jiří Kylián. Its performance is the unique opportunity to transfer the work created for the young and dynamic company NTD 2 to Ostrava.
Choreography: Jiří Pokorný
Music Yukari Sawaki (original vocal composition for this choreography), Hayden Calnin, Joanna Newsom, Biosphere
Alice
The second choreography Alice has been prepared by the duo of young creators: Denis Untila from Moldavia and Michelle Yamamoto from Brasil. Both of them are former charges of the that time Mario Schröder's theatre and in the recent years, they have succeeded as the choreographers in Aalto Ballet Essen, Germany. In 2012, Denis Untila won Aalto Stage Prize for young artists.
Their joint choreography Alice uses authentic dance means to introduce us to the bizarre world of fantasy. The main heroine of the well known Lewis Carroll's story falls into a deformed fanciful world full of grotesque situations and peculiar, weird and at the same time beautiful adventures. She sinks into worries and even suspicions that the world around her went insane but after all, she embraces the idea that everything she meets are the necessary original effects of the human quest and the manifestation of the life which is always an adventurous way to the unknown.
Choreography: Denis Untila & Michelle Yamamoto
Music Max Richter and original musical collages
Křídla z vosku / Wings of Wax
The height of the evening is the Kylián's choreography Wings of Wax based on the tragic story of Icarus and his father Daedalus. In the author's original interpretation, the classical story becomes a metaphor for the essence of virtuosic dance which, regardless to the technical preparation and the study of the piece, always bears the risks of a painful fall.  This provides the dance with an emotional attractiveness but also with an existential seriousness and depth and convincingly updates the classical work to an image of our current everyday struggles and endeavours.
Choreography: Jiří Kylián
Music Heinrich Ignaz Franz Biber, John Cage, Philip Glass, Johann Sebastian Bach 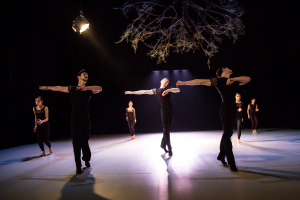 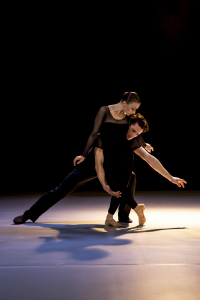 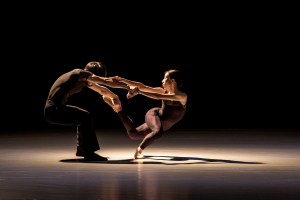 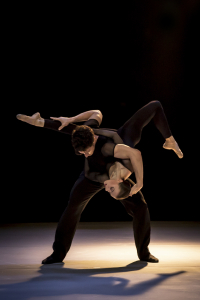 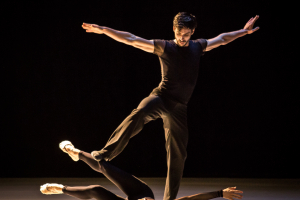 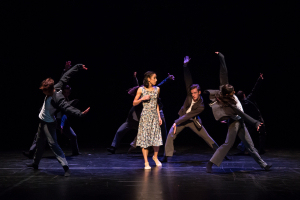 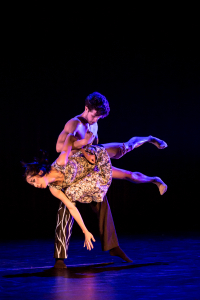 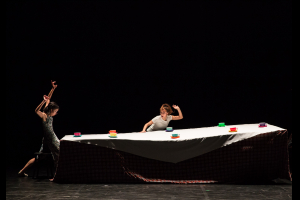 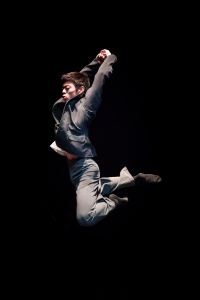 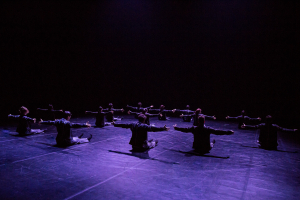 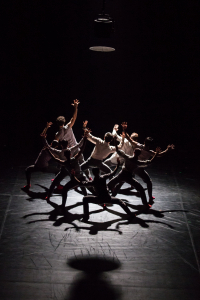 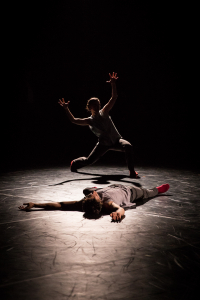 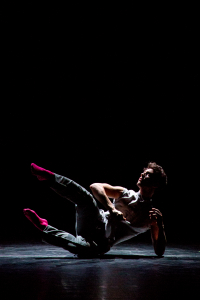 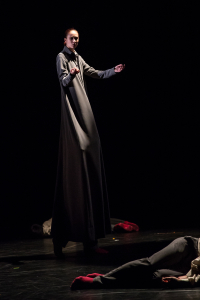 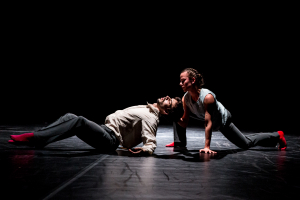