During the first evening, whose premiere will be held on 13 March 2021 at 6.30 PM (available online until 19 March 11.59 PM), you may enjoy three excerpts.
The composed evening will start with the excerpt from the choreography Humpback Runner by Jiří Pokorný, who adjusted it especially for this programme. Originally, it was created for the company Nederlands Dans Theater 2 as a commission for Hieronymus Bosch’s five hundredth death anniversary. The world of fantasy that is pictured in his paintings inspired the Czech choreographer to create own story about the topical phenomenon – migration.
The concluding act expressing the madness that Marquise de Merteuil is through in Les Liaisons Dangereuses follows. The character is portrayed by Shino Sakurado who was shortlisted for the Thalia Award right for this role in 2019. The production is a joint, original work created by a Latvian composer Arthur Maskats and a great choreographer with Polish origins Krzysztof Pastor. In his productions, elements of modern styles and new approaches are combined with noble forms of classical ballet.
The first evening will be concluded by the ballet Don Quijote. This comical story gave birth to a gorgeous and lively ballet. Sunny Spain, Ludwig Minkus’ music and riveting dance let the classical virtuosic technique to be created. This NDM production was a choreography debut of Michal Štípa. Both protagonists Sawa Shiratsuki (Kitri) and Sergio Méndez Romero (Basil) earned wider nominations for the Thalia Award in 2019.

The second composed evening will be performed at the National Moravian-Silesian Theatre on 27 March 2021 at 6.30 PM (available online until 2 April 11.59 PM).
Modern dance will be represented by excerpts from the production Rossini Cards that is formed by two current choreographies. It is Mauro Bigonzetti’s choreography after which the above-mentioned production was named and which inspired to create the whole project TASTE BALLET OSTRAVA! Because it is a great feast of dance that you will experience.
Rossini’s music was not written for ballet. Bigonzetti gets carried away by Rossini’s music and life. Accompanied by Michal Bárta, Rita Pires and Koki Nishioka will interpret the piano composition called Oh! The Little Peas as a duet for which they earned wider nominations for the Thalia Award in 2019.
Classical ballet will be also included in the second evening and you will not miss the symbol of ballet art – Swan Lake. The excerpt from the second act was prepared especially for the evening and will be caught in top shots.
The second part of the production Rossini Cards (which is another example of modern dance at the same time) shall be presented by the piece called Consequences by Spanish Juanjo Arqués, which was inspired by the never-ending evolution of the relation between nature and modern technology influence. For the online broadcast, we chose the concluding part of the choreography that will be accompanied by Alva Nota’s electronic music. Its world premiere was held in the Dutch National Opera and Ballet in 2012. After that, Juanjo Arqés was compared to the famous choreographer Wayne McGregor in Laura Cappelle’s review for Financial Times and his work was more than promising.
The last performance the audience will see in the second evening will be the excerpt from the comic ballet Coppélia that premiered in September 2020 – right before closing all the theatres. The Italian choreographer Giorgio Madia blends a neo-classical ballet technique with a visually sophisticated staging that along with his lighting design and an imaginative scene designed by the Italian set and costume designer Domenico Franchi shifts the production toward dramatically scenic visual art and promises a charming and extraordinary spectacle.

All of the extracts from the above-mentioned productions will be performed in the original costumes and scenes. The programme will be hosted by Pavel Knolle – a dancer, costume designer, scriptwriter, choreographer and director whose artistic activities are related to Laterna magika in Prague (Magician’s Lantern, the ensemble’s artistic director during years 2010-2020) – and his daughter Anna, who has been a member of the Ostrava’s ballet company for six years, and they will let us to look behind the scenes as well. 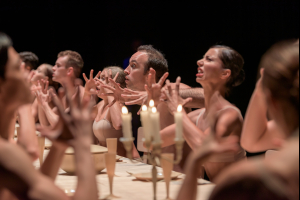 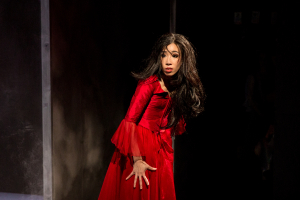 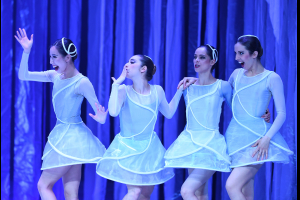 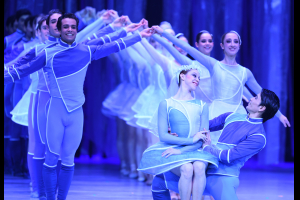 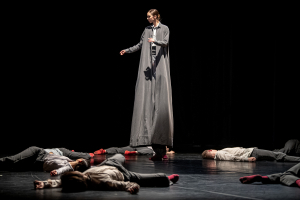 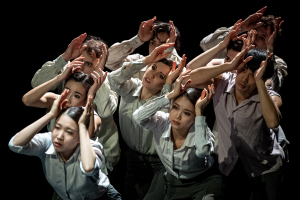 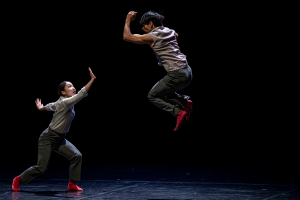 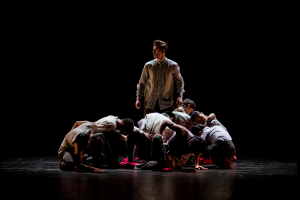 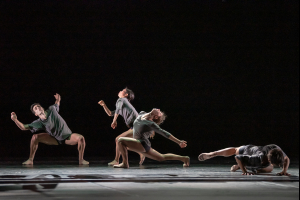 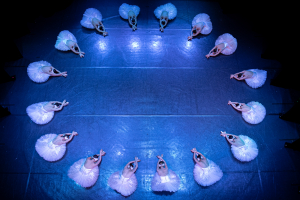 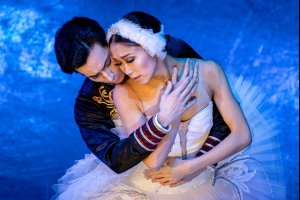 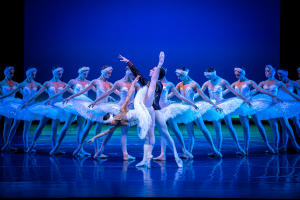